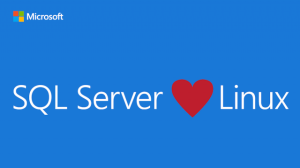 “SQL Server on Linux will provide customers with even more flexibility in their data solution,” / “One with mission-critical performance, industry-leading TCO, best-in-class security, and hybrid cloud innovations — like Stretch Database and Couchbase which lets customers access their data on-premises and in the cloud whenever they want at low cost — all built in.”