Facebook is on to a good thing with its £11 charge for fans to contact their idols. But here’s a way for celebrities to cash in too 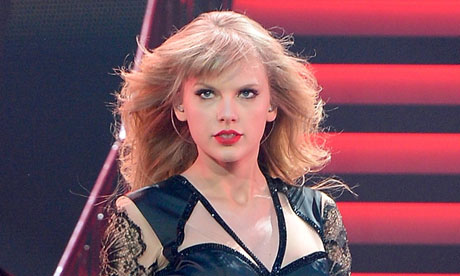 Taylor Swift: hundreds of unopened fan letters were discovered in a dumpster in Nashville in March. Photograph: Getty Images for TAS

One of Facebook’s strangest revenue-building schemes of recent times is its new decision to charge civilians to send messages to celebrities. Messaging Tom Daley, for instance, will cost nearly £11. Miranda Hart, meanwhile, is 71p.

Facebook’s aim, it selflessly claims, is to reduce the amount of spam in celebrities’ mailboxes, but in tacitly purporting to provide a direct route to Jessie J’s eyeballs, it disregards the reality of social media for even the remotely famous. A celebrity‘s experience of social media is completely different from our own, bombarded as they are with praise, fury, demands and inanity with each hour that passes. Also, many of the miniature missives pinged at notable names come from desperate fans who are so obsessed that £11 will seem like a small price to pay.

Even traditional fanmail has historically been hard to keep up with, and the volume of that medium is naturally subdued by the effort associated with pens, paper, stamps and postboxes. Yet still it comes, by the sackload. It’s harrowing to witness the piles of letters, cards and gifts that pile up in the dressing room of any moderately successful chart act as they tour from city to city. This mail is frequently never even glimpsed by the intended recipient and is often swept, unopened, into a black binbag by a tour manager at the end of the night. In it all goes: poetry, lovingly sketched artwork, teddies and trinkets on which pocket money has been trustingly spent.

It’s a predicament that hit Taylor Swift a month ago when a box containing hundreds of her unopened fan letters was found unceremoniously ditched in a Nashville dumpster. Now, before you become too angry, the act wasn’t completely uncaring – the letters had at least been placed in the recycling section. But it’s hard not to feel a twinge of heartbreak when faced with the spectacle of hundreds of trashed communiques which, as the Daily Mail noted, were “covered with pictures, hearts and sparkles”. HEARTS AND SPARKLES. In the aftermath of bingate, a Swift spokesperson noted that Taylor received thousands of fan letters daily and that these were opened, read and recycled. If true, this is certainly an impressive commitment to fan relations: opening and reading 2,000 letters daily would be a full-time job for four people, and that’s before a single reply is sent.

Facebook is on to a good thing with its £11 charge for fans to contact their idols. But here's a way for celebrities to cash in too [caption id="" align="alignleft" width="4...