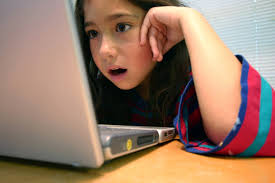 A majority of school students in India start using Facebook before the age of 10, but have been subjected to vulgar and offensive messages on the social networking website. A survey of 13,050 school students from seven cities, including Mumbai, Pune and Hyderabad, has revealed that 67% of them had a Facebook account before they were 10 and about 82% had received inappropriate messages on the site as well as through email.

“The most disturbing finding is that many children are accepting Facebook friend requests from strangers. This is very dangerous because children, especially pre-teens, are vulnerable to being bullied or abused,” said Debasis Nayak, director of the Asian School of Cyber Laws, which conducted the survey.

The survey of students from Class 7 to Class 10 also revealed that 36% did not know their Facebook friends in real life, while 26% had more than 500 friends on the popular social networking site.

Cyber experts feel parents and teachers have a role to play in protecting the children. “Curiosity levels of children are high, but instead of forbidding them from using the Internet, they should be educated to use it responsibly,” said Vicky Shah, a cyber expert.