Supporting incompetent teachers is holding us back 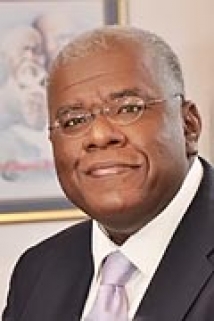 In an interview he gave to the Pretoria News yesterday, University of Free State Vice Chancellor and Rector, Professor Jonathan Jansen said that despite the crisis the education sector is facing, union pressures and nationalist sentiments will always trump common sense when it comes to hiring the best teachers regardless of where they come from.

Speaking to John Robbie this morning, Prof Jansen said that this is not only reflection on the teachers in the system but on the politics around them and this support of incompetence by teachers unions is what is keeping us back.

Prof Jansen said that we’ve stagnated and even gone backwards in terms of our Maths and Science pass rate and that we have got to “ask ourselves, what have we been doing for the past 21 years to fix this.”

Asked about his view on foreign teachers, Professor Jansen says:

I love Zimbabwean teachers. I would hire a Zimbabwean teacher, just on paper ahead of a South African teacher. They are better trained in subject matter – when you look at township schools with top Maths and Science results, 9 out of 10 it’s a Zimbabwean teacher. Secondly, their work ethic is different. They don’t come with the long history of dysfunction and disruption. They come to school to work and they deliver. At the end of the work is not about how many teachers you employ, it’s whether the children get a deal out of those who teach. Ganging up on classmates online can get students suspended.

But sometimes teachers are the target of cyberbullying, and in North Carolina, educators have said enough is enough. State officials have now made it a crime to “intimidate or torment” teachers online.

Chip Douglas knew something was up with his 10th-grade English class. When he was teaching, sometimes he’d get a strange question and the kids would laugh. It started to make sense when he learned a student had created a fake Twitter account using his name.

“It was awful,” he says. “It had this image of me as this drug addict, violent person, supersexual, that I wouldn’t want to portray.”

Douglas told the kids he planned to call the police — because under the new North Carolina law, the student behind the tweets could spend a month in jail and pay a $1,000 fine.

“It’s the first statute that exposes 15-, 16-, 17-year-olds to potential criminal sanctions for a dumb mistake they make, something stupid they say,” says Chris Brook of the ACLU of North Carolina, who adds that the law is too broad.

The law prohibits students from creating fake online profiles for teachers. But it makes it a crime to post real images or make any statement online, even if it’s true, that provokes harassment.

“That is a terrible message to send to students … that accurate critiques of governmental employees could land you in criminal hot water,” Brook says. “And no one should be comfortable with that.”

Legal experts say North Carolina’s effort is just another twist to a series of state laws that criminalize speech.

“There has been a lot of this stuff suggested in legislatures and sometimes adopted, or sometimes prosecutors have interpreted existing laws so broadly,” says Eugene Volokh, a UCLA professor who specializes in First Amendment and cyberspace law. “It’s something of a trend, but once those laws are challenged, they’ll be struck down.”