Multiplier Mindset 14 – What You Can Learn From Failure

Dan Sullivan notes that successful entrepreneurs have a certain mindset around their experiences in life that greatly contributes to their success and happiness. They see every experience in life either as a win or as learning.

November 19, 2013 – Dan Sullivan is amused by the unique biographical detail that finds him growing up on a farm outside of Milan, Ohio, just two miles from the birthplace of one of his heroes, Thomas Edison, who created the modern entrepreneurial system that has driven Sullivan’s life, work, and passion for 40 years. 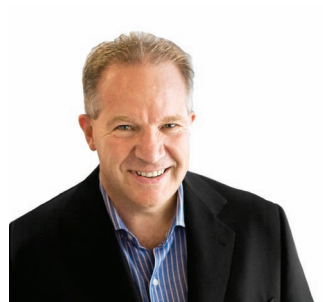 Finding few playmates as the middle child among six siblings who were far apart from him in age, he related more easily to the fascinating adults in his world from the time he could speak, and quickly developed his artful way with open-ended questions. Born in 1944, Sullivan was fascinated by their stories of surviving farm life during the Great Depression and the details of their experiences in the recently ended World War II.

Drawing on his revolutionary strategies and business philosophies, he has personally helped over 6,000 entrepreneurs from over 60 different industries transform wisdom into innovation, shape vision into action, and take their lives, creativity, and business ventures to levels beyond what they could have imagined.

Sullivan is a Disney/Edison-like innovator himself, but keeps the focus on his clients and their success, teaching the most powerful entrepreneurial minds in the world what they need to know to up their game and, in their own individual ways, change the world.

Long considered the foremost expert on entrepreneurship in action, the Toronto-based co-founder of the $25-million company, Strategic Coach — which he launched in 1988 with his business and life partner, Babs Smith—recently celebrated the 30th anniversary of its strategic-planning and problem-solving tool, The Strategy Circle®. Conceived one afternoon in the fall of 1982, this simple yet multifaceted tool has helped thousands of clients overcome obstacles and achieve their goals more efficiently.

Strategic Coach has grown over the past 25 years, with 75 people on staff at its headquarters in Toronto, 20 in Chicago, and growing teams in California and the UK. Each quarter, Sullivan conducts 12 all-day workshops with a total of 500 entrepreneurs in Toronto and Chicago. Another 2,000 attend workshops run by 15 highly trained associate coaches—all veteran Strategic Coach clients themselves who still run their own successful businesses—in Toronto, Chicago, Los Angeles, London, and other cities across North America. All told, Strategic Coach has worked with more than 16,000 entrepreneurs worldwide.

A key element of their growth was Sullivan and Smith’s decision to experiment with group workshops. They discovered that when their clients were in an environment with many other kindred spirits, they felt “normal and completely understood”—sometimes for the first time in their lives. The synergy and results were so impressive that Sullivan and Smith turned what they had first envisioned as a three-year program into a lifetime focusing school for entrepreneurs. To this day, the revolutionary group format has been copied hundreds of times by other entrepreneurial coaches throughout the world.

Sullivan sees his central purpose as a coach as helping people become “unmanipulated”—liberated from external forces such as industry constraints, economics, and politics, as well as internal forces.

“In my last workshop, I began using a concept about being the hero of your own story, which originates with Joseph Campbell and is expounded upon in Jonathan Gottschall’s new book The Storytelling Animal,” he says. “This really epitomizes our entire mission here. Gottschall explains that the most unpleasant part of modern life is that the world has convinced us we are not living our own stories but those of other people. We are not our own heroes, in other words. He thinks mental fortitude is a function of people developing their own story and being the hero of that story. If you create a story whose hero is more interesting to you than that of any other, it’s extremely beneficial to every aspect of your life. At Strategic Coach, we are about helping individuals get clear on their own stories, so they can become creative heroes even as they are creating them. An enormous sense of personal confidence emerges from that singular idea—which in turns spurs them on to create something that will indeed change the world.”

Dan Sullivan – Dan Sullivan – Co-Founder of Strategic Coach® – Has Helped Transform the Lives and Business Ventures of Over 16,000 Clients With His Revolutionary St...