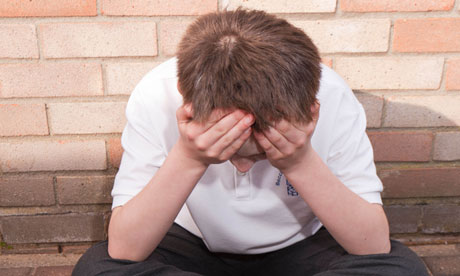 Professor says sexting is a problem in most schools, and calls for more communication between parents and children

Parents are over-confident about keeping their children safe online but many are avoiding difficult conversations about sexting and cyberbullying, according to research.

Andy Phippen, professor of social responsibility at Plymouth University, said sexting – where schoolchildren are encouraged to take explicit photographs of themselves and send to other pupils – was a problem in most schools, despite the study revealing that 89% of parents believe their child has not been touched by cyberbullying or sexting.

“There is a disconnect between how safe parents think they can keep their children online and their actual ability to do that,” Phippen said. “Those conversations are not being had – we have a hell of a long way to go on internet safety. In schools we hear teachers unwilling to talk to teenagers about sexual images because they worry about their jobs, schools unwilling to record instances of cyberbulling because they are worried about their Ofsted reports.”

But sexting was a real and present problem, he said, adding that on a recent school training day on internet safety boys at the school said sexting was common and cited an example of a video that had been shared of a 14-year-old girl at the school inserting a hairbrush into her vagina.

Phippen said that some girls he had worked with around sexting said it was flattering if a “fit boy” asked for a explicit photograph of them, while others felt under pressure from older boys to send photographs of themselves in order to gain popularity. “It can be part of the mating ritual for teenagers,” said Phippen. “We know that schools are dealing with this on a regular basis, it is extremely rare to come into a school where it is not at all at problem.”

AVG security expert Tony Anscombe said half of the parents consider a school’s internet safety policy when making their selection, and 95% thought online safety should be mandatory in schools. “We know parents take responsibility of online safety seriously […] yet we’re not living up to the standards we’re setting by avoiding conversations about exposure to explicit adult content, privacy or other Internet-related threats,” he said. “It comes as no surprise then that nearly 90% of parents aren’t aware of whether their child has been exposed to cyberbullying or sexting – two of the most common internet risks facing children.”

The survey of 2,000 parents carried out by AVG technologies and Plymouth University found 92% were confident about their ability to teach online safety. “People tend to think they are protected in some way, that there are parental fixes in place – but that is not always the case,” said Phippen.

Some schools were making big efforts to ensure children stayed safe online, but without a lack of statutory guidance and compulsory sex and relationship education in schools, tackling of the issues facing children was patchy around the country, he said. The government was lagging behind internet service providers who were coming up with solutions to issues raised, such as “splash pages” due to be introduced that will warn users when they area about to view illegal online content and server setting that restrict access to content throughout a home, he added. The study showed that 79% of parents had not received an invite to discuss online safety at school, but 89% felt the government needed to do more to teach children about internet safety.

“The industry is responding, but the government’s rhetoric is that ‘someone should do something’ instead of funding better education in this area, and making sex and relationship education compulsory,” he said.