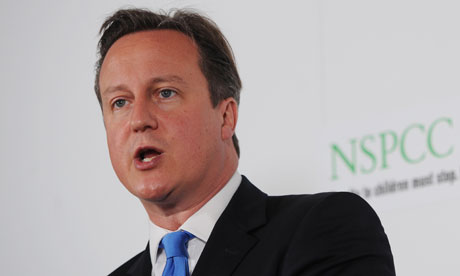 Cameron’s crusade conflates two things. First are the child abuse images, which anyone sensible wants removed: they are records of exploitation of children who could not consent, who are being abused, and show criminal acts whose viewing criminalises others.

Plenty of work goes into wiping out child abuse images, and making it impossible to access, through schemes such as BT’s Cleanfeed, Microsoft’s PhotoDNA, and Google’s own photo-hashing service. But eradicating child abuse images would really involve controlling peer-to-peer technology or password-protected forums.

Second is the much more complex area of pornography that isn’t illegal, but to which the easy access afforded by the internet causes concern for any parent – and anyone interested in the sort of society children are growing up in.

Blogger was recently the target of a crackdown by Google, which didn’t want the “adult” “blogs” on there to be selling adverts for off-site adult services. Because it’s fine to be an adult blog (behind nothing more difficult to evade than a confirm-your-age button) and use Google adverts.

It’s tempting to consider blocking YouTube at home, because it simply has no boundaries, and boundaries matter when you’re a parent. There is no easy way of preventing an eight-year-old, alone with a tablet and browsing YouTube for games videos from landing on some of the very adult-themed videos that are often linked to them – and it isn’t possible to supervise a child all the time.

It’s been 18 months since Cameron last hassled the internet industry over this, and it’s sure to happen again, because new internet signups – who will now have to actively disable filters for pornography – happen slowly. In the meantime, we’re left with software filters, which are expensive, and hard to make work on newer devices such as tablets and smartphones. Or parental intervention, which is difficult and time-consuming. Monday marked an important day in the battle – but not a game-changing one.